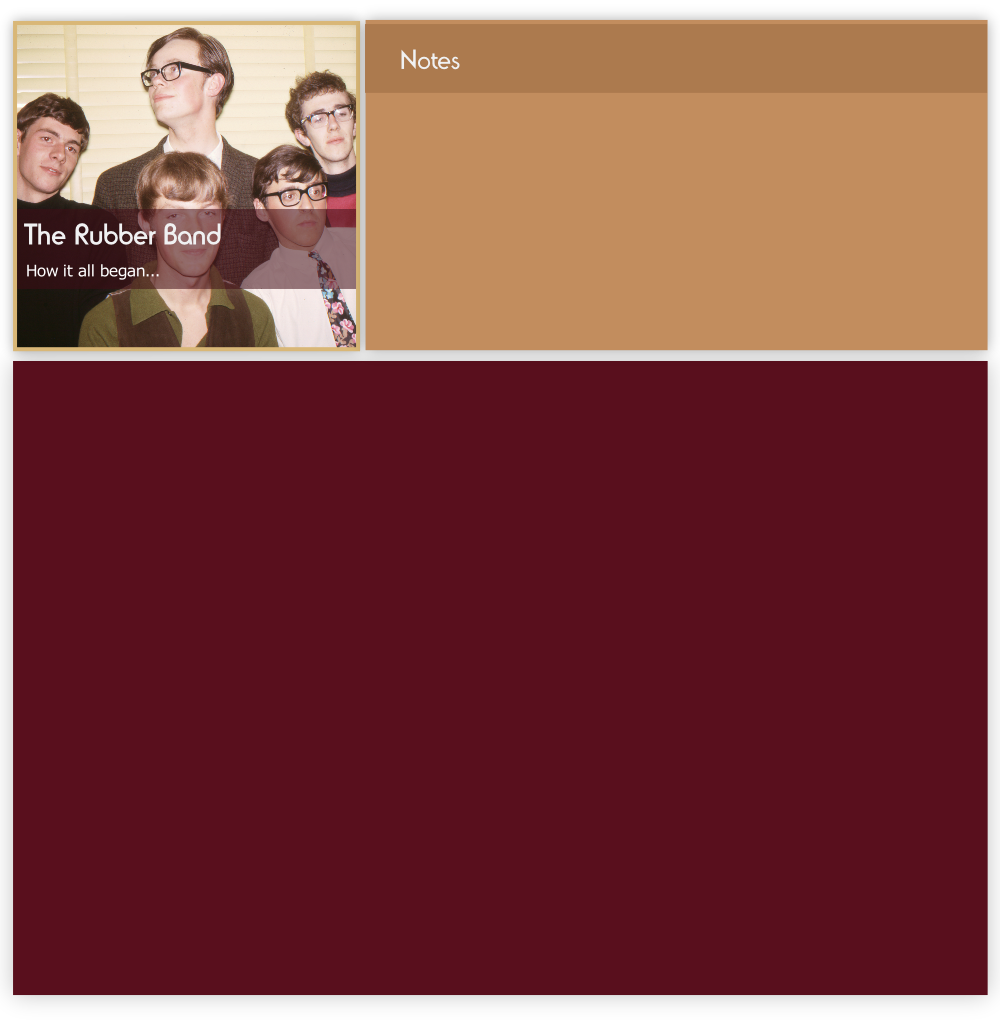 1.  In order to be flexible we formed The Rubber Band:

A bunch of part time hopefuls with ambition and a van.

The field was really open then, the newness you could feel,

The sense of possibility, a future that was real.

2.  A party here, a venue there, we worked real hard to do

The weekly boring job, but at the weekend what was true.

We mustered our convictions, ‘thought we’d been dealt a winning hand,

But the house it wasn’t paying out and we didn’t understand.

Did we ask too much? Just run out of luck? But it’s dead and that’s a fact.

And today it’s gone and we’ve all moved on, but we know what music means.

3.  Our dedication paid off when a contract seemed in sight;

Reward for all the work we’d done, those miles and those late nights.

But this was smoke and mirrors, a false opportunity.

Hopes dashed for half The Rubber Band against a roadside tree.

4.  We bore our loss but what a cost, the magic it was gone.

Then reality took hold of us and silenced our song.

We joined the ranks of wage slaves and our life was dull and bland,

But our memories always pull us back to the days of The Rubber Band.

Did we ask too much? Just run out of luck? But it’s dead and that’s a fact.

I take stock of the life I made, not bad I have to say,

And the part played by The Rubber Band made me what I am today. 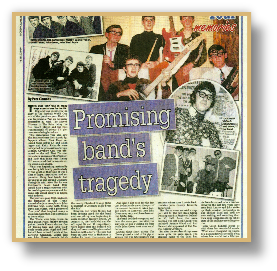